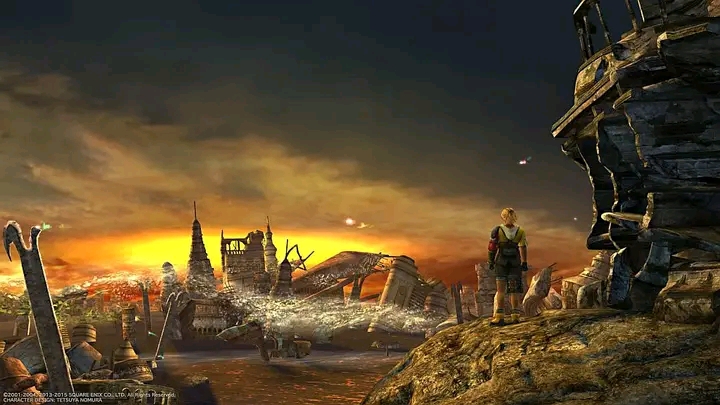 Video games can make us experience many emotions. Joy, frustration, anger. But there are also titles that particularly excel in their desire to make us sad. An emotion that some players are looking for, especially through a strong and catchy story. It must be said that there is no shortage of such games. Here are these video games that are particularly depressing.

The 7 most depressing video games in history

If you don’t want to have a hard time playing, the games below may not be for you. The atmosphere in these titles is extremely heavy and the fate of your characters rarely turns out to be positive. Most of them also have particularly sad endings.

At least they all have the advantage of being excellent games, so even though the memories left behind may be painful, they are likely to be among your favorite titles. Check out our list of the 7 most depressing games in video game history now.

After the first few minutes, the atmosphere of Heavy Rain immediately plunges you into a deep despair. Even more so if you have the misfortune to have the wrong ending…

The suicide mission in Mass Effect 2 will be remembered by many players. The harvesters torment the living species until the end of the adventure, when you can lose a lot…

The game takes place during a war. It’s hard to find a more depressing climate. You’ll have to make civilians survive in disastrous conditions, so be prepared for tragic losses…

Sin, a catastrophe which regularly falls on the world of Spira, makes a particularly serious climate in the universe of Final Fantasy X. Its continuation wants to be much more cheerful (and even too much for some fans).

We talk to you quite often about the nugget that is Silent Hill 2. But let’s not forget that if you want to have fun, you should skip it. The title is deeply depressing and there is no real “happy ending”.

It’s hard to choose the most depressing season of The Walking Dead. But the first one, with its particularly sad final, still stands out from the others. Poor Clementine will have been tortured during the whole saga.

The first The Last of Us would have been just as appropriate for this list. But its sequel (and its sublime graphics), between revenge and tragic disappearances, is even more dramatic.

Read also: How do you get free coins on 8 Ball Pool?

These video game endings are remembered for their melancholic, poetic, or simply tragic style.

Anyone who has finished the first season of Telltale’s The Walking Dead still remembers this heartbreaking moment when the character we’ve been controlling since the beginning, Lee Everett, succumbs to a zombie wound, right in front of his little protégée Clementine, who will become the heroine of the following seasons. A strong moment that will have shocked many players!

2. Shadow of The Colossus

The story of Wander, who fights colossus as he goes along, takes a very different turn at the end of the game, when we understand that the colossus killed by Wander were not bad. In fact, they were pure, protective: the real bad guy of the game is Wander. A poetic ending, but also disturbing for the player.

The last battle of the game, which puts Snake in front of his long-time sidekick, The Boss, has remained in the annals of video games by the ambient melancholy that it inspires. Especially since we quickly understand that The Boss’ actions were in fact a sacrifice for her own country: she had to destroy her reputation in order to save the USA and avoid a third world war. A heartbreaking finale.

After a journey of several tens of hours, we understand at the end of Final Fantasy X the unthinkable: Tidus is not real. He and his city were only the materialized memory of Zanarkand and its population. If he fights to save Spira, he ends up annihilating the circle of destruction caused by Sin and Yu Yevon, thus causing his disappearance at the end of the game… An end for which Final Fantasy X is particularly adored!

If Mother 3 begins with the death of Lucas’ mother, the abandonment of his father and the disappearance of his twin brother, it is especially the end that will make people cry: we understand that the masked character that we follow throughout the game is actually Lucas’ twin brother, Claus. The latter awakens an ancestral dragon that destroys the whole world afterwards. If there is still a little hope at the end of the game, millions of people die at the end of Mother 3!